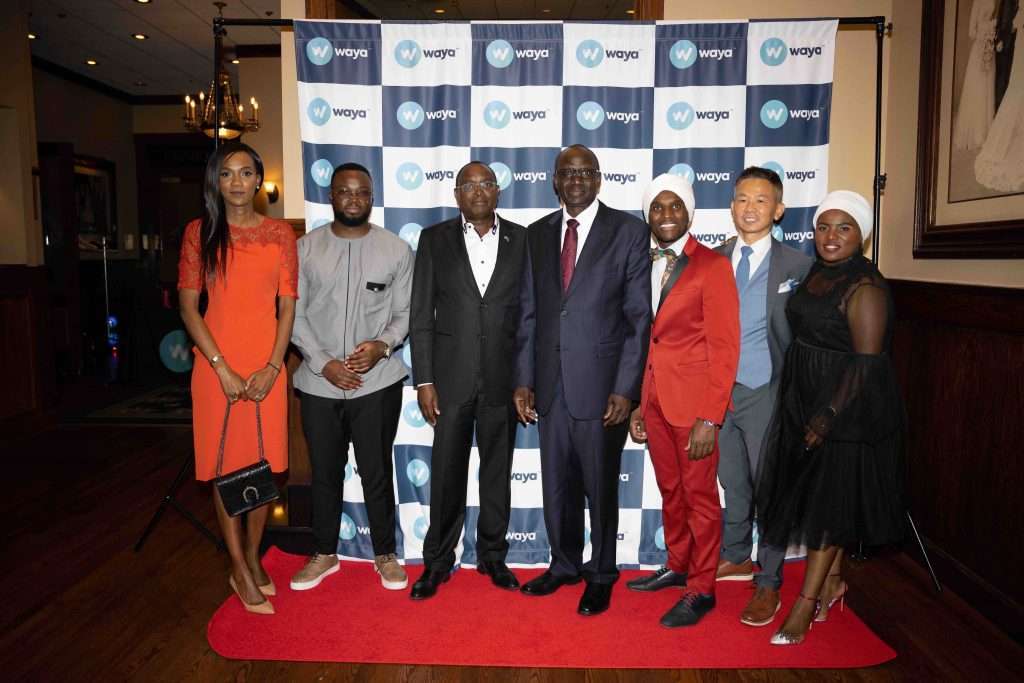 Wayapay, now known as Waya, a digital banking and remittance service tailored for immigrants in the USA, launched its full-service digital bank and money transfer app in a colorful event on September 16, in Washington D.C.

Founded close to 2 years ago, Waya seeks to unlock financial opportunities for the African Diaspora in the USA and other parts of the world by enabling them to open bank accounts and access banking and other payment services in the USA and send money back home to over 20 African countries. The Wayapay app will officially be available to the public by October 1.

Milestone In Promotion of US-Kenya Relations

Speaking during the launch, Ambassador Amayo congratulated Waya founders Dr. David Wachira and Hempstone Maroria saying, “this is another milestone in the promotion of economic relations between this great country (the USA) and my country Kenya.”

“When you have Waya launched and operational, diaspora remittances, which is just a portion of the diaspora contribution to the national development agenda, you occupy a very important portion in contribution towards Kenya’s Forex exchange regime.”

On his part Amb. Ndemo said that “Inevitably, we’re going to move into a fully digital space even where people have been conservative with digital payments, and Waya is well placed to tap into the opportunities that this will bring.”

Following Waya’s successful launch, African immigrants will now be able to open bank accounts digitally, and within minutes, send money to other Wayapay, now Waya, users for free, spend using their Waya cards linked to their Waya account, and remit money to Africa. Remittances will be delivered to Mobile money wallets such as M-Pesa and bank accounts across Africa.

Dr. David Wachira exuded confidence that bottlenecks the diaspora community has in the past encountered in remitting money back home will be a thing of the past.

“Waya’s mission is to unlock financial barriers and provide unlimited financial access and opportunities for millions of African immigrants living and working outside their home countries,” said Wachira, an Ex-World Bank Finance Specialist, and now Co-founder and COO of Waya.

Dr. Wachira further explained the opportunity of offering banking and remittance services to the millions of immigrants that contribute over $1.3trillion to the US economy annually. “The African Diaspora sends over $50 billion dollars back home every year and loses up to $3B in hidden fees and high FX rates when sending money back home. We not only want to help them move money back home in a faster, cheaper, and affordable way but want to enable them to also store, spend and transact the over 80% of their income that remains in the countries where they live and work.”

Mr. Fred Ndavi, The Chief Impact & Strategy Officer said, “For many African Immigrants living and working in the USA and other parts of the world, opening a bank account is often marred with a myriad of roadblocks and constraints, while sending money remains the most expensive and inefficient financial process for any immigrant. We don’t think this is fair”

The Waya App will be live on iOS Appstore and Google Play Store for public use on November 1.